It is said that before entering the sea a river trembles with fear.

She looks back at the path she has traveled,

From the peaks of the mountains, the long winding road crossing forests and villages.

And in front of her,

She sees an ocean so vast, that to enter there seems nothing more than to disappear forever.

But there is no other way. The river cannot go back.

Nobody can go back. To go back is impossible in existence.

The river needs to take the risk of entering the ocean because only then will fear disappear,

Because that’s where the river will know its not about disappearing into the ocean,

But of becoming the ocean.

Let me confess and solemnly profess, that over this weekend I circumvented a few riveting trapples. (Definition – to trapple: to stumble forward through an obstacle; to considerately step through a challenge, to climb with a limp). During Saturday’s tasting I managed to blend the blender and had to sift out the particulates of plastic from the caper-Dijon bechamel. I also killed the chateaubriand as I went cheap and substituted top sirloin, not even worthy of the truffle oil it which it was bathed. My desires nearly folded to a chilled Kim Crawford bottle promising passionfruit pressed grape elixir, this particular Kiwi vinification of Sauvignon Blanc being a preferred vendor of my liver. Additionally, I managed to demolish my Netflix abstinence of six days with a Sunday, “Raising Dion” 8-episode binge [Nothing “raising” about Season 2, while the characters delivered the goods, the plot & script aren’t worthy of congesting anyone’s time). Lastly, I stopped by to personally wish a very “Happy Birthday” to my friend Connie O’Brien, one of those genuine salt of the earth varieties of beings that just makes the world better, and I regifted her gift to me, a homemade fungus filled tincture of maitake, chaga, reishi & turkey tail. While I am healing and “all hands-on deck” to sample the fruits of homeopathic medicine, I know the corrugated chunk of chaga (renowned for boosting white blood cells) and tincture are needed for a friend who recently received a life-threatening diagnosis. No matter what you believe, I think it is safe to say that we all believe hope is always an effective cure, the emotional bridge between Love & Fear. 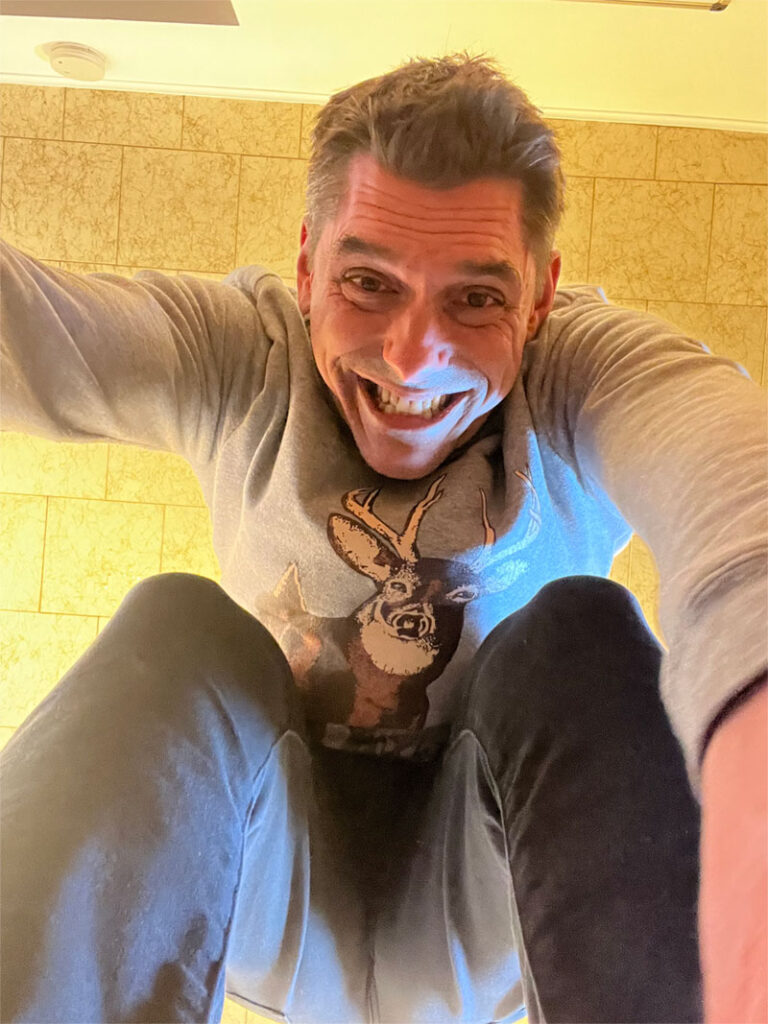 My own “build a bridge in the today” has some handrails now. I enjoy an 8pm to 4:22am moonlit view of the rushing water beneath, the arboreal possibilities above, the revolving landscape of opportunities awaiting on the other side, or are they in front of me, within reach, closer than my conscious deception could possibly fathom? “You’re not going back, that’s for damn sure” vibrates through my core, that is what remains certain, and if you’ve been following my little scribbletures – I made up most of my mind and just have to figure out the logistics and timeframes; I’m bound for Florida over California, chosen Peru over Nepal as my soul odyssey and enamored with the concept of a cot out at Sea. I’ll at least dip into the galley and snuff out any last tidbits of fear that shroud the corners of my chefdom being.

Ingredient: Chaga
Secret: Western Medicine of our North America’s ancestral owners (the tribes that lived with the land). This fungus grows on Birch trees up here in the great Northwoods and can be cracked open to expose the inner red mass that happens to be loaded with healing properties. You toss the chaga in a crock pot, load it up with spring water daily and drink the tea elixir from it for the next six months (or you can empty out any contents from your lifeforce medicine cabinet into a pot and craft an all encompassing brew as I did or if truly ambitious distill a tincture)