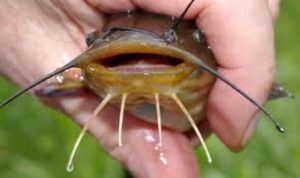 Every state has them it’s just a matter of driving away from the Metropolitan madness of crowded freeways and disregarded dreams; drifting off into the redneck’s turf where systemic fields of corn and manure caked hooves of Holstein cows hold claim to all countryside. It is here, in the middle of absolutely nowhere that one finds these piquant pit stops otherwise known as “unincorporated” townships. An endearing quality to have land that has not entirely been divided up as some persons claim to proprietary ownership. Who truly owns the land after all? Certainly not the infestidious, ego-driven species of humankind, nor the speechless & sightless Earthworm that wriggles about without the tiniest territorial inclination. Perhaps a new perspective and role for human kind should provide a different kind of title, a title baring Earthly responsibilities and conscious driven consequences as the official custodians or planet earth property management?” But then who could ever hold the humans accountable? The government? Mother Nature? God? Hah!!! We’re swimming right up debate creek which is quite a fetched flogging from my intended story so let’s drift back to better times as a child ignorant to man’s corrosive care of our home in remembering that unincorporated town called, Paoli.

Paoli is a quaint little Wisconsin town tucked away amongst the Dairyland’s scattered, broken -down red barns, rows of endless tassel torn corn, scattered forests of half-century oak, hickory and walnut trees and most importantly to me . . . a sidewinder stream. I was a regular Huckleberry Finn as a kid who discovered the greatest of pleasures in being alone, especially in the company of nature. My Huffy dirtbike had no basket as such my backpack was typically jam packed with all accoutrement necessary to live off the wild including my Rambo knife, a detachable fishing poll, a net, rope, wire, mini-folding shovel that I “borrowed” from my Dad’s army stuff, lawnmower money, hooks & lures of all varieties, a book (John Eckert was a favorite of mine) and well . . . other knick-knacks deemed noteworthy of hauling to and fro. My mission would take me on a 14.4 mile peddling excursion, beginning at my families Ravenoaks residence and concluding at the Paoli Cheese Shop.

I would make a standard purchase at this once non-notable shop (note: they have a website now www.paolicheese.com . . . order the horseradish Havarti) which always included one chilled Orangina, some fresh cheddar cheese curds and one package of dried papaya spears. It’s really quite a mystery as to why in the hell they carried dried papaya but it was an oddity, and therefore I simply had to have it. From there I would take my purchases and stroll down to the creek and setup camp. The true nature of my odyssey was fish. Bullheads to be exact. Pliers and gloves are a necessity when handling these quasi catfish looking characters lest you get stung by their tentacles. I can’t say that I ever caught a bullhead worth good eating but I kept at it for years to come. As for Orangina & dried papaya . . . I guess those “oddities” have been trumped ten thousand times over by much more courageously foolish feats such as crunching on barbecued Junebugs and swallowing down gut-rot Guaro before skindipping with the Hammerheads of Nicoya Penisula. I’m older now, maybe a bit wiser . . . but I’ll never lose my lust for adventure!